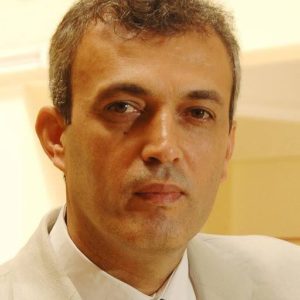 Dervis Karaboga currently works in the computer engineering department of Erciyes University, Turkey. His scientific study field is artificial intelligence and its applications. He studies particularly on fuzzy systems, artificial neural networks, evolutionary intelligence and swarm intelligence based optimisation algorithms, data mining. He introduced the artificial bee colony (ABC) optimisation algorithm by modelling the intelligent foraging behaviour of honeybee swarms in 2005. ABC has quickly gained recognition all over the world and begun to be used for the solution of hundreds of different problems in various fields such as engineering, medicine, economics and chemistry. The article introducing ABC was published in Scholarpedia in 2010 and it has been the first and only article from Turkey that has been published upon invitation.
Dervis Karaboga has written two books as well as a large number of articles and papers. His book, “Intelligent Optimization Techniques”, which was published by Springer-Verlag (London) in 2000, was written by two authors. His other book, “Artificial Intelligence Optimization Algorithms”, was published by Nobel Press in Turkish in 2004. Due to his scientific studies, he achieved to be in the list of “highly cited researchers ” as a result of the evaluations by Thomson Reuters in 2016, 2017 and 2018. He also ranked among the “100 Turks Leading Science” list that was published by “Turkish Times Journal” in 2017, and he was granted “2017 Mehmet Akif Ersoy Science Award” in the field of science.

Title : “Environmental Effects of Cotton and The Importance of Recycling”

Zafer Kaplan was born in Gaziantep/TURKEY in 1964. He received B.E. degree in textile engineering from the Uludağ University, Turkey, in 1986. He attended language schools and studied marketing in England.

He worked as a foreign trade specialist in a South Korea – Turkey partnered apparel company. He also worked as a sales representative in an international machine manufacturing company’s Turkey branch.

In 1997, he established the GAMA yarn factory which started to produce 80 tonnes of recycled fibres per year with second hand machines.

Title : “Education 4.0 – Transformation of a student into an employee of the future” 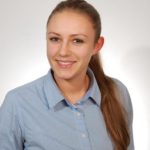 MSc. Eng. Dorota Palka is a PhD student at the Silesian University of Technology (Poland). She graduated the Faculty of Mining and Geology in Gliwice, where she obtained the title of engineer in the field of underground geodetic measurements. She obtained her master’s degree in health and safety at hard coal mines. Currently, she is writing dissertation at the Institute of Production Engineering in Zabrze. Her research concerns assessment of machinery and equipment used in the underground coal mining process. She is interested in the subject of technology development and Industry 4.0. She is a young scientist and member of the students scientific association „FanTech”. The name of the group comes from the words of „fans of technology”. They take active part in meetings, workshops and activities to promote science.